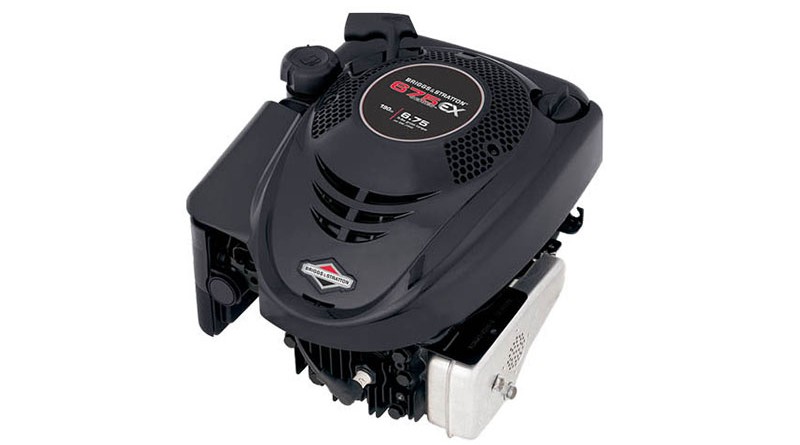 We asked, you answered and the winner of the most requested topic is …

What are the top 10 Common Problems With Small Engines and How To Fix Them?

Your engine is a pressurized unit. When sealed correctly, the expansion of gasses create pressure within the engine, which is channeled outward into the direction most desired.

In this case, that pressure is being used to turn your lawn mower blade or trimmer head or chainsaw chain, or what have you.

For the compression level to remain consistent, your engine must remain sealed. When the integrity of the engine case is compromised, your engine loses pressure. That is what we in the industry refer to as “low compression” (or in layman’s terms…”bad”).

Diagnosing why you have low compression and repairing the problem is where it starts to get a little “technician” complex.

There are as many causes of low compression as there are symptoms, and figuring out which one to address can be time consuming.

And while finding out that your engines compression is the problem may not be good news, at least it allows you to make an informed decision as to how you want to proceed.

My advice is: if you’re not a technician, hire one. Get it taken care of right by eliminating the guess work.

Electronic components go bad, usually without warning. Which can

be very confusing for the average “cause and effect” mindset.

“I just sharpened my blade and now the engine won’t turn over. I have no idea how I messed my engine by blade?”

You didn’t. The problem is that your ignition coil chose that moment to go bad on you. But there was nothing to indicate that it might go bad…so we spend the next forty five minutes tapping on the blade and turning the key.

The Answer: Luckily, the electrical system for most modern two and four cycle engines are relegated to a magneto, an electric starter and spark plug. Not that complicated.

And when it comes to figuring out which part went bad, well, you leave it installed on the engine and you test the current. Eventually, something is not going to work when you put the juice to it. And there you go!

If it sounds like a process of elimination, it is.

For my money, I think finding someone who does this for a living is probably the better way to go. But if you’re up to it…go on with your bad self.

When an unstoppable force meets an immovable object… they need a gasket between them.

Gaskets reduce wear on mounting surfaces and seal gaps and when one goes bad, the whole thing starts getting hinky.

If you know what you’re looking for, it can be easy to spot the problem areas (leaks, burn marks, etc).

The Answer: Having a working knowledge of how to disassemble and reassemble engines is a huge bonus and most parts breakdowns can be found online.

Bad gaskets generally can’t be salvaged, so keep an open mind and be prepared to pony up the cash for a gasket set. The key is clean removal and clean installation. Get rid of all of the old gasket, don’t mar the mounting surface and make sure your new gasket is in good shape before installing it. Don’t scrape off the old gasket with your pocket knife or stick.  Use a gasket scraper specifically designed for removing old gaskets.

When in doubt, call your technician.

Wear and build up will get your engine to sputtering and missing, and sometimes it’s the valves.

You grab the handle, brace yourself and give her the magilla! But the starter…she no move!!

Or just the opposite.

You grab the handle, rip one back and end up on your can because there was no resistance to your pull.

Go on, let the neighbors laugh. They are petty, and they have small lives.

But when the bone is broken… well, you get egg roll.

The Answer: Repairing your recoil has a mythical aura around it. Lots of folks seem to think this is the one, inexplicably difficult repair that technicians refer to as “The Widow Maker”. But we debunked that myth and wrote a nice article that will teach you how to rebuild a recoil starter.

Recoil Starters can often be fixed or if not; replaced and you just might surprise yourself by doing it yourself.

It’s where the magic happens. Gasoline, oxygen and spark combine to

produce the explosion required to drive the piston. When the mixture of all three elements is spot on, then we have an engine running at the required performance and a spark plug that will continue to do what it does best…blow stuff up! But eventually it starts to add up. Carbon can build up, interfering with the plugs ability to conduct.

The Answer: You can clean the plug with something as simple as an emery board but checking the gap in the plug is important so pick up a spark plug gauge for that.

Or, you can just replace the plug. It’s as simple as replacing a light bulb, if the bulb required a socket wrench.

You might also want to take a look at our “How to Read a Spark Plug” Guide to determine if anything is wrong with your engine.

We find this truth to be self evident. When you yank on something as hard as you can over and over, it will break. We sell a lot of rope. Really not much more to be said about it, other than when it starts to show signs of wear…it’s not going to get any better. And frankly, the duct tape is a little “ghetto”.

The Answer: Heck, just hop online and get you some new rope. We sell starter rope by the foot or in bulk spools, and if you talk real nice to us we might even tie it in a bow for you. Remember before when I said “The engine eats the fuel, but it has to breathe while doing it.”? Well, more to the point it has to be able to breathe”.

Here’s an experiment that I think might bring it all home. You’re going to need a helper for this one.

Go nuke a nice, big old bowl of buttery popcorn. Put a little salt on it…mmmm…yeah, that’s nice. Let’s get a little in the old pie hole and get to chewing. Tasty.

Now, have your assistant remove the canister from your vacuum cleaner and hurl the contents into your face.

The Answer: We already talked in depth about what is an air filter. That filter stops the dirt from getting in and “dirts causes troubles”. Give your machine a break. Check that filter. Knock it clean. Blow it off. Hell, some of them can even be run through the dish washer! If it’s clogged, the engine will pull unfiltered air and that’s not good. When in doubt, replace the filter.

9 out of 10 times, this one is related to your fuel. For those of you 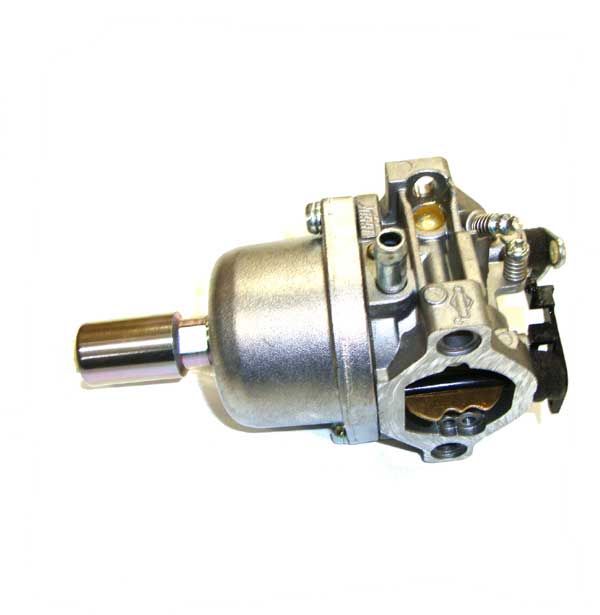 who don’t really know a lot about engines, I’ll break it down nice and easy for ya.

The engine eats the fuel, but it has to breathe while its doing it. The carburetor mixes the engines food and air at just the right amount so that it can continue to do what it do without choking on its food.

A dirty carburetor is actually a clogged carburetor. Bad food can clog up the old carburetor arteries and that makes for a very sick engine.

It is the bane of all carburetors. It is the killer of all warranties. It is the single, most common problem we deal with here at Lawnmowerpros.com and it doesn’t look like it’s going to change any time soon. It is the common denominator for all two and four cycle engines…they all need it to run. So, how is fuel the number one culprit in engine problems?

So glad you asked.

First, you have your dirty fuel. Got a gas can? Go out and look in it. See all those little bits of

schmutkis floating around in there? Did you think “it’s too small to matter” or “it probably won’t hurt anything” or “how in the heck am I supposed to keep that from happening”. Shame on you. You should have called. We’ll set you straight.

That gunk goes from the gas can to the fuel tank, where it gets pulled into the carburetor and that’s all she wrote. How? Tiny holes clog easily.

The Answer: Get that stuff out of there before you run it through your engine! Yeah, it’s gonna get in there from time to time, and most modern gas cans come with a strainer. But even if you don’t have one, straining your gasoline through a rag or a coffee filter will catch that stuff quicker than lubricated whale dribbles.

Examine the gas before you pour and you’ll be just fine. 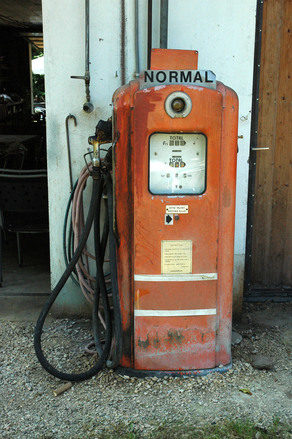 Next, we have the old fuel. And I get it. This stuff isn’t cheap, so who in their right mind is just going to dump it out? I’m sure the EPA would like a list of names of those people! Here’s the big secret… gas goes bad. The prime operating hours for most gasoline is around four weeks.

The answer? Keep in mind, your two and four cycle engines are a little pickier than your automobile, so gasoline older than that can be used in your car…so don’t dump it. But, when it comes to the little engine that can…you need fresh fuel or a good fuel stabilizer to extend the life of your gasoline. So, for lawn care equipment, my advice is buy what you need and use what you have. At the end of the season, if there’s any left over in the gas can, put it in your car (unless it’s two cycle premix).

Finally, we have Ethanol Rich Fuel or “Who ca-ca’d in the Queso?“ 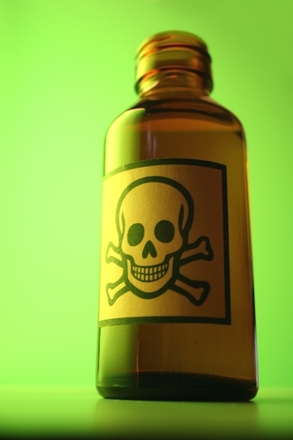 Since the dawn of time, water in gasoline has plagued the nations. The old ones still speak of how water doesn’t burn when it’s in gasoline and of how badly it sucks when that happens. So, someone got this great idea to put alcohol in the gasoline because alcohol dries things up. And they were right, it does! So in went Grandpa’s old cough medicine but in quantities that were adequate for their automobiles. And the cars ran, and there was much rejoicing. But when the poor little lawn mower engine took a sip, he screamed “Oh God it burns like fire” and started hacking and coughing and refusing to drink any more.

And the gods of warranty laughed!

The Answer: Well we know that Ethanol is the Devil. Seek out ethanol free fuel or use an ethanol fuel treatment. There’s a growing number of filling stations providing ethanol free fuel at the pump. Ask around. Many small engine providers are now offering products like Trufuel or Oregon VP Fuel, which is ethanol free fuel in a can. They have it for two and four cycle engines and it comes in a neat, metal, re-fillable can.

And if you can’t find it in your area, the lesser of the evils is to use Premium Unleaded fuel. While it does have ethanol in it, it has less. Combine that with a good, stabilizing additive and it’s better than nothing

So, there you have it. Lawnmowerpros.com’s top 10 Common Problems With Small Engines and How To Fix Them.

We thank you for all of your responses and we look forward to providing more of the information that you want.

Keep on reading. Happy and Safe Holidays and until next time.