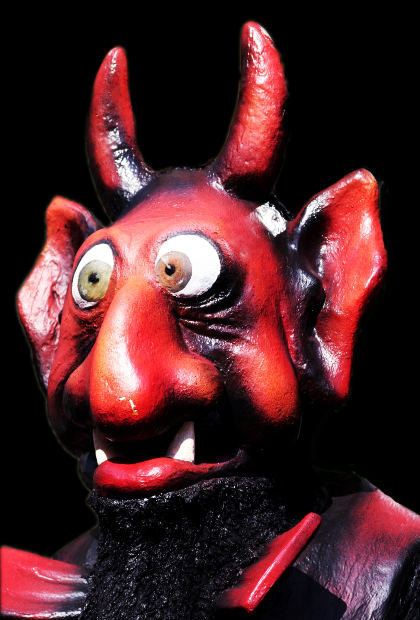 The Energy and Security Act requires that a certain amount of “renewable” fuel must be introduced into the market each year. The only way to meet this mandate is to add more ethanol made from corn to the mix…an estimated additional 7 billion gallons annually.

So, as a small engine owner, how does this effect you?

Ethanol is the antidote to your warranty.

Here’s some real talk… When you buy a brand new mower, or a trimmer, or a chainsaw; your warranty is going to cover all those parts that probably aren’t going to break. Yes, of course they can. It’s possible, but not probable (unless the operator is reckless or neglectful to the equipment).

What will most likely go south is the internal combustion engine strapped to the top of that thing. And unless you snap off the carburetor, run the engine with a clogged air filter, or run it without oil…then chances are the first problem you’re going to encounter will be fuel related.

Most warranties won’t cover fuel related damage to begin with.

Toss in a little Ethanol (E15) and unless your mower handle or your wheels snap in half, explode and fall off…your warranty is not going to cover it.

Ethanol (grain alcohol) is a solvent

It breaks down rubber and plastic components like no one’s business. Soft engine components will dissolve, stretch, become dry and brittle and wear out in record time. to put it in perspective…we buy primer bulbs in bulk.

Ethanol actually traps water and water causes troubles…like rust. Heck! Way back in 2010, Popular Mechanic identified one of the biggest hazards to Ethanol in small engines.

“Here’s the scenario: You fill up the car or gas can with fuel that, for a variety of reasons, is near its water-saturation point and at 60 degrees. Overnight, the temperature drops 20 degrees, and all the water and alcohol settle out even though no extra water has crept in. Guess what? The engine won’t run when the fuel pickup is sucking up the alcohol–water mix.”

Ethanol tends to dissolve and release corrosive matter (gunk) such as resins, varnish and rust. And where does it go? Right through your fuel system; clogging filters, carburetor jets and injectors.

Alcohol results in a low octane mix (lean fuel) which can destroy small engines. As an authorized service center, a conservative estimate of fuel related repairs would be 75% of our service work. From a retail standpoint; we love it! Break all you want, we’ll fix it. But from a customer service standpoint; I don’t like looking at the frowny face any more than you like making it, but don’t say we didn’t warn you.

“The Ethanol Mandate Raises Your Food Costs.” According to Larry Bell, contributing writer for Forbes magazine, “Corn price volatility has more than doubled since RPS was enacted in 2007. Consumer food cost inflation, relative to all other goods, has risen to twice its 2005-2007 rate of increase as well due to sharp increases in corn, soybean and wheat prices. Most unfortunately, this escalating mandate-driven food price inflation puts heaviest burdens upon our poorest citizens at a time when a deflated job market has record numbers of these same populations on unemployment subsidies and food stamps.” (Ten Reasons To Care That E15 Ethanol Is On The Way To Your Gas Station, 9/23/2012)

The federally mandated demand for Ethanol production has forced farmers to focus more on “high yield – time effective” farming. Soil nutrients and water supplies are being depleted, while higher fertilization content is resulting in nitrogen pollution in ground water systems.

Your equipment was never designed for Ethanol rich fuel: According to OPEI (Outdoor Power Equipment Institute),

You’re probably breaking the law, and you didn’t even know it.

In a report published by the Harris Interactive Group;

“An overwhelming majority of Americans (71%) are not at all sure if it is illegal or legal to put high level ethanol gas (i.e., anything higher than 10 percent ethanol) into engines such as those in boats, mowers, chain saws, snow mobiles, generators and other engine products, which presents huge potential for a learning opportunity. 15% of Americans say it is illegal, but 15% also indicated that it is legal.”

The EPA has stated E15 and higher is not legal for use in off-road engine products, and only legal for a subset of automobiles. In the end, it’s gonna cost you when the machines malfunction, it’s inevitable and sadly many of us are a little more “reactive” than “proactive”.

So, the next time you go to the filling station for fuel; try to remember that the $8 or so of E-15 fuel you’re about to pour into your machine is going to run you about $90 – $140 in repair costs (give or take) for a tune up and more if it’s worse than a dirty carburetor.

You’re looking at lost time waiting for the parts to arrive from the warehouse, all the while your grass is getting higher.

The neighbors are looking at you funny. You may not be able to see them over the grass, but trust me…they’re there.

The neighbor kid is bugging you about cutting your grass for $40 (and the price keeps rising with the grass) and the next thing you know…FEMA is parking a trailer at your curb because things are looking pretty grim.

Many fuel stations offer Ethanol free fuel at the pump now. Ask around. There’s probably someone close by. There are also a growing number of Ethanol free products on the market like Trufuel or Oregons Ethanol Free pre-mixes.

Sure, it may cost a little more at the pump; but what price can you put on “peace of mind”?

Ethanol Free- you’ll be glad you used it.