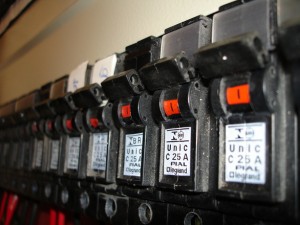 Regardless of weather conditions or where you live; the possibility of losing your electricity is a very real and ever present threat. So, before we get left in the dark, let’s talk just a bit about Generators.

There are two basic types of generator on the market today: Portable and Stationary.

Which brings us to Stamina

So, when choosing a generator, you definitely want to consider how long the unit will run before needing to be re-fueled.

Anything more than that, and you may consider committing to a stationary unit and discussing the purchase further with an authorized dealer and your financial adviser. College is overrated. You kids can get a job like everyone else.

Avoid a mechanical and emotional break down and make sure that your new generator can handle this.

Generators can be noisy. I said “GENERATORS CAN BE NOISY.” The decibel level of the generator and the location of the generator can have an impact on your “zen” and it won’t matter how cool and comfortable your bedroom is; if you can’t block out all that dang noise then no sleepy time for you!

So consider where and how you will store, install and/or secure your generator. Manufacturers highly discourage generator operation indoors, so it’s outside for you.

This might be the time to address how you’re going to keep your portable generator from being a little too “portable” when it attracts the wrong kind of attention.

Of course, when it comes time to sign the check, you’ll want to make an educated decision.

You can spend a lot of time looking at the advertisements and reading the vendors recommendations; but rather than going with the loudest carnival barker; consider checking out the ratings from reputable groups like consumer reports, popular mechanics or Underwriters Laboratory. These guys make it their business to know and they’re not trying to sell you their equipment.

Hopefully this “generates” a little conversation about your next generator purchase.