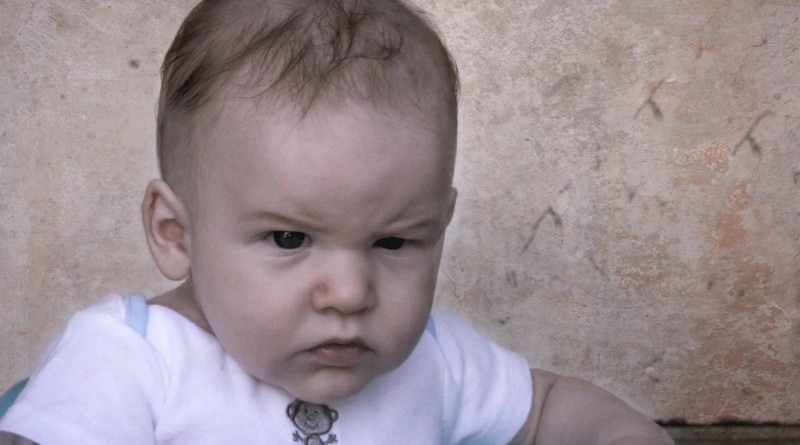 Its a beautiful Saturday afternoon and you’re installing a brand new seat on the old loo (as the red coats call it) when suddenly little Junior shows up smiling.

“What cha doin?” He grins, twirling his favorite toy.

“I’m putting a new seat on the potty.” You reply with a grunt.

“You do know Daddy’s got his hand where everyone goes stinky, right?”

(Thirty seconds later, a G.I. Joe lies discarded on the floor as little Junior strolls out the door.)

“Hey! Where are you going? (chuckling)”

Scrubbing the trash bins, trimming Grandma’s toe nails, de-worming the cat… it doesn’t matter what it is; Little Junior and/or Little Miss will want to be right in the mix. Bless their hearts, it’s flattering. And as parents; we never want to pass up a teachable moment so we give them the broom, they try for a bit, we smile and that’s good enough for now

And, of course the same applies for lawn care. Junior sees the mower, he sees the trimmer, he sees the edger but mostly he sees you swinging that snarling beast around and he wants to do it too. It’s cute. I get it. But lest we forget, these aren’t toys, are they?

They’re power equipment. And just because they’re orange and red and green and yellow and shiny and plastic like every toy the little buggers have in their toy box, it doesn’t mean they are easy to use or safe to operate unattended. So, cute as it might be to watch him or her stagger around while the leaf blower knocks over the trash can and sends the cat for the hills; it’s time to be a parent.

Let’s start with some sobering facts…

According to the US Consumer Product Safety Commission:

Personally, I think we tend to take for granted the ease in which we operate our equipment without fear of accident or injury. We have this bad habit of believing that the longer the sea remains calm the chances of a hull shattering storm somehow decreases.

The law of probability is one of the only laws that won’t stand up in court, and when the finger hits the fan, you could find yourself in the hot seat if the justification you had for leaving the shed unlocked and allowing Little Junior access to the power equipment is “Gosh! He’s never done that before”.

The ingredients for a proper disaster

“He uses it all the time. He knows what he’s doing.”

Maybe so. But is that really going to matter when he hurts himself? Complacency: Allowing dangerous things to be seen as routine is the first ingredient in a disaster.

Remember when Junior wanted to learn how to shave? You lathered up his little face, handed him a blade-less razor and you stood there watching him to make sure he was ok. But when Junior wants to learn to shave the lawn, you put him in charge of a 21 inch steel scythe spinning 3000 revolutions per minute?

Am I missing something?

Welcome to Earth, strange visitor. Very few of us mortals posses the gift of super human speed. So when your child is about to lacerate his little shin with the weed trimmer (which is loaded with mega-whack .150 gauge titanium core trimmer line, “cuz I’ll be damned if them weeds is gonna stand up to me”) you’ll sweep in and snatch it away before he can do any damage.

You’re good. I’ll give you that.

However, for those of us who didn’t come from Krypton, we’re just not going to get there in time to stop Little Miss’ fingers from creeping up under the mower deck to pick that dandelion she doesn’t want to kill. And when the smoke clears and the finger wagging begins, the fingers are all going to waggle on you; except for Little Miss’.

And for good reason.

Of course, you didn’t see it coming. But you should have.

How about this scenario- The grass is long, the sun is high and Junior or Little Miss want to surprise you with taking care of the lawn. Bless their hearts. Cute.

“Hold on now. My boy would never try to use the mower by himself! I have told him. He knows better.”

And your defense is “He would never?” Really? Why not?

I mean, after all “He uses it all the time.” Right? “He knows what he’s doing.”. Right? I’m sure he knows that you have your eye on him. That you’re watching him.  So, in his little mind he can handle it.

There is a reason they print “For external use only” on Bandages. Because someone did something dumb, that defied explanation.

Look, “Accidents” by the very definition of the word happen unexpectedly and unintentionally, typically resulting in damage or injury. If you are going to assume anything, assume an accident would happen when you least expected it, when it defies explanation as to how it happened when it did. You know what…strike that. Just don’t assume at all.

Common Sense is anything but.

“Lawn mower injuries to children are easily preventable,” says Keith Brandt, MD, president of the American Society for Reconstructive Microsurgery (ASRM), in a news release. “Children should remain inside the house or under direct supervision of another adult whenever a lawn mower is being used.”

According to the American Academy of Pediatrics (AAP) Orthopedic Society (That’s the guys you’re going to go see when Little Miss drops a hedge trimmer on her foot.):

When the machines come on, the kids leave the lawn.

For more information on how to keep your child safe during the lawn care season, visit these helpful sites: