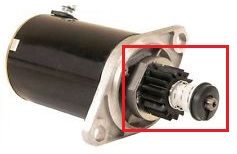 Let’s get right into it changing your small engine starter gear, shall we?

There’s really only one way for your lawn mower engine to start. You have to get the flywheel spinning, and these days there are really only two common ways for that to happen.

One is to grab onto the rope handle and yank for dear life. Just like the old Model T’s, what you’re really doing is manually turning the flywheel. It’s tried and true and 60% of the time it works 100% of the time! 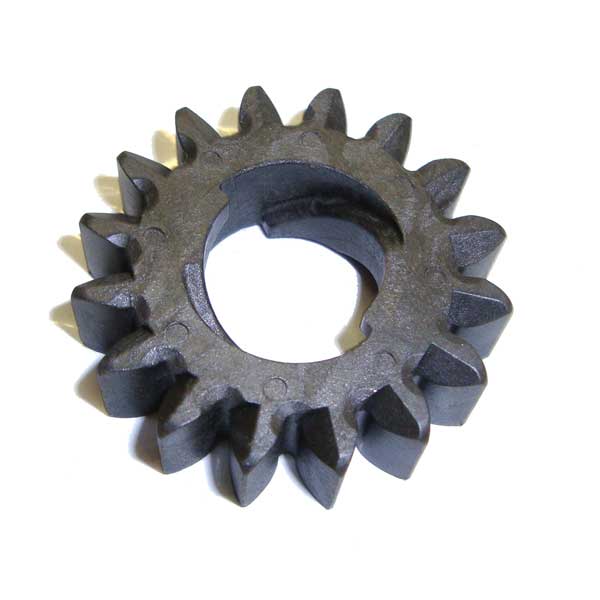 This little guy connects the electric motor to the flywheel on your engine. When the little guy turns, the big guy turns and that’s how the engine starts. But they wear out. Often! Because they’re made of plastic. And when that happens, it’s time to replace the gear.

Now before we get into the actual mechanics of changing your starter gear, we need to take a closer look at several little parts involved in it.

Most modern starters have one of two different starter gear assemblies. (That’s all of those little mechanical bits that allow the starter gear to engage with the flywheel.)

Here, we see the components for a drive gear assembly that is held onto the starter with a roll pin. For this job, you will need the following: 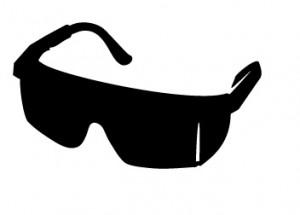 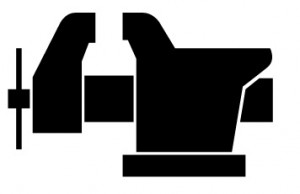 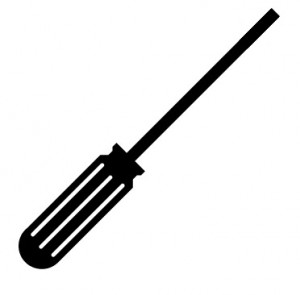 You may find it very helpful to clamp your starter into a bench vice before working on it.

The first step is to use your tap and mallet to gently remove the roll pin. To avoid bending or breaking anything, my advice would be to place a small wood block beneath the drive clutch assembly for support. Banging on electrical components with a hammer can have varied results.

Once the pin has been removed, a slight inward compression on the flat end of the spring retainer will allow it to slip out of the clutch. With that removed, the remainder of the components will simply slip off.

Replace your pinion gear and reinstall the remaining parts in the right order.

Finally, reinsert that roll pin and you’re back in business.

Next, we have what we’ll refer to as the C-clip gear assembly and as you can see here, there are fewer parts involved. Once again we have our clutch, a spring washer which keeps the pinion gear from locking in place. We have the return spring to send the gear back to neutral, but here’s where it’s a little different. With this assembly, there is a retention plate that holds the spring in and the whole assembly is retained by a C-clip which is a tiny, bouncy, disappearing little part that has driven technicians into flying fits of profanity.

For this job, you will need the following: 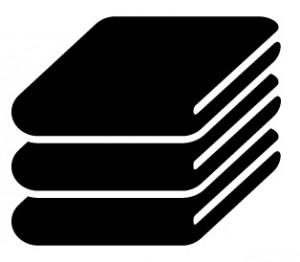 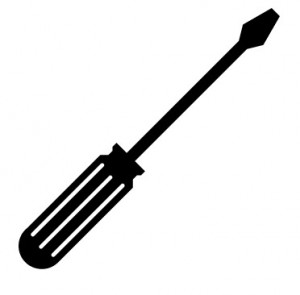 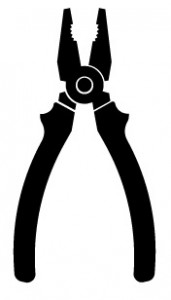 Step one is to remove the C-clip. This will be the second trickiest part of the entire procedure. That little thing is stubborn, but the easiest way we’ve found to remove the clip is to simply pry it off with a small flat head screwdriver. This is where the shop rag comes in. If you lay that down over the clip, it will keep that little thing from flying across the shop and disappearing into the ether.

With the clip removed, the remainder of the assembly will slide right off. Remove the retention plate, the return spring and the pinion gear will turn free. Slide the new one on, replace the corresponding parts and you’re almost home.

The last step is to re-install the C-clip. I’m not going to lie here, putting that C-clip back on can be a booger. There are special tools out there designed to make this a quick procedure, but if you don’t have one on hand, here’s something I’ve had some luck with. 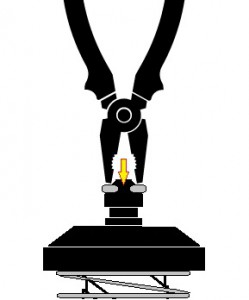 It will really help to secure the starter in a bench vice or get an extra set of strong hands.

Set the c-clip on top of the clutch rod. Carefully place the ends of the pliers on the clip and push down until the clip slips into the recess.

Give the clip a little crimp to make sure it won’t slip back off and you’re good.

So, that’s it. Replacing the pinion gear on an electric starter motor.

Good luck and we’ll see you in the yard.