“How about writing about the importance of lubing equipment?”

There’s so many directions I could go with this one, but I’m going to take the high road here and keep it clean. (Shame on all of you for what you were thinking there for a second.)

So, the simplest approach is to acknowledge that engines are made of metal. You knew that.

When the engine is running, some of the metal parts move around very quickly. I suspect you knew that too.

What moves them back and forth starts with a controlled explosion. You may not have known that, but you can imagine how hot it can get because of that.

When these “things” we speak of get to moving around fast enough, they’ll start to heat up and expand.

And if they expand enough, they’re going to grab onto the first thing they come in contact with and they’re going to hold on tight. Kind of like hugging a puma in a pork chop suit. Once contact is made, disaster is sure to follow.

See, when hot metal in motion suddenly bonds together, bad things happen. You knew that too.

So, oil makes stuff slippery. This is old news.

And in a round about way, it regulates temperature by reducing friction which causes heat. No oil, very hot. Very hot…very bad.

ITS ALL ABOUT THE MATH, YO!

So let me throw some numbers at ya-

This is the number of revolutions per minute that the average lawn mower blade turns.

The average number of times the piston inside your engine moves back and forth each minute.

The degrees Fahrenheit that the gasses inside of your lawn mower engine can reach.

The pounds of pressure per square inch that can build up inside of your engine while operating.

HOTNESS AND BAD AND BREAKING THINGS AND BAD

JUST A FEW DON’TS AND DO’S

Engine oil is blended to ensure that “hot bad breaking things” doesn’t happen to you. But you have to do your part too.

NEVER run your engine without oil.

Check your oil frequently and change your oil a minimum of once per season. When in doubt, refer to your owners manual.

Remember….oil is not BLACK or GREY. Fresh, clean oil is more of an AMBER color; similar to honey.

Clean oil is not murky or milky. You should be able to see the markings on the dipstick through the oil. It does not run or drip like water and it does not taste like apple juice (I will get you back for that, Jack!).

A healthy engine does not leak oil. If you have oil leaking from your engine, see a technician.

Oil on the outside of the engine is oil that’s not inside the engine. Ignoring oil leaks can result in your oil reservoir running dry and ultimately catastrophic engine failure.

Your car may start to knock a bit when the oil gets low. But four cycle engines are a little more fragile. You probably won’t get a warning when the engine is ready to break, so stay up on it and check the oil often.

There you have it. A little bit about the benefits of lubrication.

And, as Slick Willy says… 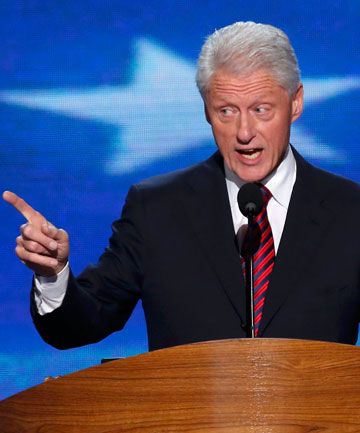 “I did not neglect the oil in that mower.”