My boss won’t let me get too insensitive about topics I find unnecessary, like putting “for external use only” on a band-aid, so let me just point out a few details that may easily be overlooked about snow thrower safety.

Use the proper fuel mixture and never fuel your machine in an enclosed space. Ventilation is the difference between a nice warm winter and a smoldering ruin where your house used to be.

This thing is givin’ me the vapors!

Since we’re talking about ventilation, never start your gasoline powered machine in an enclosed space. It doesn’t take long for carbon monoxide to sneak up on you and by the time you realize there’s a problem, it’s too late. So, take it on outside before firing it up.

Loose clothing may be comfortable to wear, but it can get pulled into a spinning auger faster than spaghetti into a fat kids face! Keep those scarves and pull strings tucked inside. And speaking of tangled up. If you’re using an electric, corded unit, keep track of where that cord is.

Put on good, slip resistant footwear. Get you some hearing protection, gloves and eye protection. And for goodness sake let someone know you’ll be out there working! A simple “dang it” can turn south really fast if you’re incapacitated and alone in the cold.

If visibility is low due to snow fall, why in the world are you out there moving snow? It’s not done falling yet! That’s like carrying gloves! It don’t make no kind of sense no how!

Go back inside where it’s warm before you walk out in the street and get hit by an even bigger snow mover.

The chance of a few toys or tools or whatnot getting covered up in a drift is ever present. So, it stands to reason that at any moment, you may hear a “thunk” and then a “crash” and then the yelling and the stuff. Remember, throwing a hand full of flour is a lot different than a handful of golf balls!

Be mindful of which direction your discharge chute is pointed. Never engage the discharge when people or animals are present. The car? Go ahead and whack that with a rock!

And here’s where my eye gets all twitchy.

Did you know that the majority of snow thrower injuries occur to the hands or fingers? Which has always been a little confusing to me.

When a blade, rotating at 1700 rpm (fast enough to hurl snow and ice 15-30 feet away) meets something tough enough to bring it to a dead stop, clearly the most obvious move is to shove your hand or your foot in there, right?

I’m not being facetious here, the statistics support it:

A hand surgeon recently performed six amputations on men who were injured using snowblowers. That sounds bad enough, but it gets worse: Those operations all occurred during just one afternoon following a snowstorm.

While there is a compelling argument to be made that ‘if you are the kind of person who would do something like this, then it will probably do no good to explain to you why you should not be doing something like this’. Never the less, I feel compelled to mention the following: 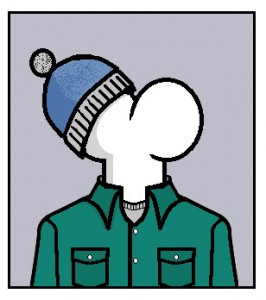 Look. I get it. Accidents happen.

So, take the snark with a grain of salt and just be careful out there. I’d rather see your feelings hurt than your bodily personage.