All day long I hear the chime of the front door, the sigh of the frustrated machine owner and the same, sad story over and over…

“I just bought it last year and it won’t go.”

When I pull the rope, the mower mutters “Rosebud!”…then silence.

And when our technician finally wades through the great wall of rust and can get his hands on the poor thing, he ends up confirming what we all knew the moment the thing came in…bad fuel, old fuel, clogged air filter, old oil.

So, I find myself yakking on about the same stuff, over and over; to anyone unfortunate enough to stop moving while I’m talking.

It’s a tale of tragedy, repetition and hope. And it goes a little something like this.

First things first. What color is motor oil? Is it Brown, Black, Gray, a sparkling chartreuse? Motor Oil…clean motor oil is amber in color. That’s like honey..sort of. Slightly darker than vegetable oil. And when it’s good and clean and fresh, it’s slicker than baby spit, but over time the oil can lose what’s called “viscosity” which is (According to the Layman’s Dictionary) it’s “slipperiness”.

So, when you go out to your lawn mower and you pull out the dipstick and it looks like the old Beverly Hillbilly’s “Black Gold. Texas Tea.” black, then it’s time to change it.

In fact, it’s a good idea to change the oil at least once a season, preferably when you’re getting ready to store it for the winter.

FUN WITH SCIENCE: EXPERIMENT ONE

Alright, it’s not exactly science…but it should be fun.

To conduct this experiment you ‘re going to need the following: a bottle of hand lotion and two hands.

Take the lotion, apply a dollop to your palm and start rubbing your palms together in a circular motion. Keep your fingers straight and your hands flat.

Now, start rubbing a little faster. Note how the lotion works its way into the skin, eventually forming a slick layer?

Now the layer is starting to become a little tacky. It’s rolling into horrible little bits of dirty, dead skin and falling off. Feel the temperature of your hands. I bet it’s going up a bit.

“I just put in a brand new air filter….last summer.” 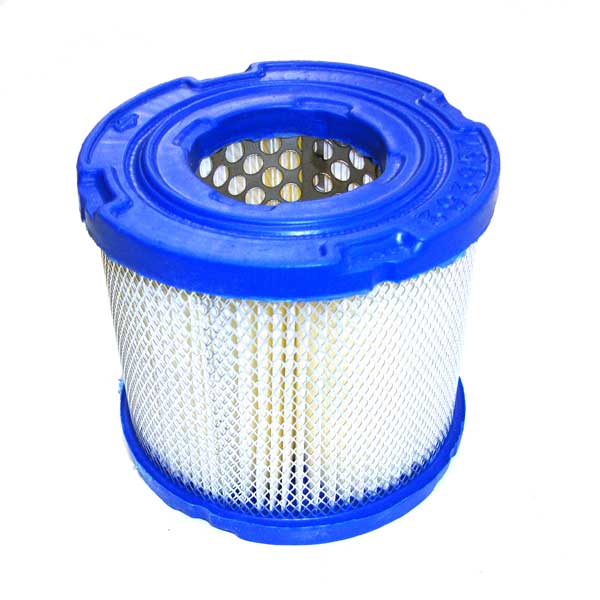 My compadre Adam recently had a customer ask the following question; “How long can I run my engine without an air filter?”

The answer…Until it won’t run any more.

Look, your engine needs to mix gasoline and air to make the engine go boom.

Gas it gets from the tank. Air it gets from…well, from all around. The air filter traps the debris (dust, dirt, small animals) from getting sucked into the inside of the engine. Without an air filter, what it’s pulling in is dirt.

For this experiment, you will need: a half cup of vegetable oil, a quarter cup of salt and a helper.

Ok, Have your helper pour a handful of vegetable oil in your hands. Feels oogy, don’t it? Now begin to rub your hands together in a circular motion, palms flat, fingers extended like you’re clapping. Increase speed and keep em moving. Eeeew…right?

It may come as no surprise that the oil feels slick, lubricating the motion. Go on! Rub them crazy things together as fast as you want. I bet the temperature of your hands stays pretty close to room temperature. Maybe a little warmer, but not like rubbing them together dry.

All right. You can slow down now. You’re clearly enjoying this way too much. And science ain’t about fun. It’s about thinkin and stuff.

Now, while your rubbing your hands together, have your helper sift the salt in-between your hands. Keep rubbing them while the salt works its way into the crevasses of your fingers, coating your palms. How’s that feeling now? Not quite so slick? Not quite so nice?

Now, really spin those palms against each other! Faster! FASTER I SAY!!!

What you have just simulated is grit and debris in your engines oil and the effect that contaminates have on your engine.  Imagine your hands were slick metal surfaces and the salt was sand and dirt. That is the inescapable result of a clogged air filter forcing your engine to suck in dirty air.

A clogged air filter is just as bad as no air filter because when the air filter becomes clogged, the engine doesn’t stop pulling in air, it just sucks it in from wherever it can get it. That also is “unfiltered“.

See where I’m going with this? 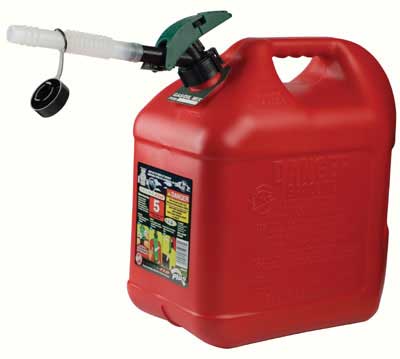 All those movies about the end of the world and the survivors crossing the wasteland years after the disaster, siphoning gasoline from abandoned cars is bunk. Which stinks, because “The Road Warrior” is one of my all time favies!

Alas, gasoline has a shelf life a lot shorter than a zombies. How short? Well, there are a lot of variables involved, but without a decent fuel stabilizer a month is pretty good. Two months is a fluke. Three months and you’ll no doubt be burned as a witch…probably with your own gasoline. And that’s bad.

There are fuel stabilizers that can help to prevent this for a while, but most folks don’t mess with that. They fill the gas tank at the station, go home and set it on the floor of the garage until they need it.

Go to the refrigerator and pick out an egg. Any egg will do as long as it’s not broken. Now, carefully carry it out to the garage and set it on the floor somewhere where it won’t be damaged. Maybe next to the gas can?

Come back in two weeks, retrieve your egg and eat it. Now, fire up the mower and lets see how far you get cutting the lawn.

Your mower needs good, fresh food without all those harmful additives Like Ethanol. Which is the devil.). Not old, gunky stuff. (Gunky…it’s a technical term. Metric, I think.)

So, there you have it. Three simple things to check on: Change the oil a minimum of once a season, though refer to your owners manual as well. Check the air filter every stinkin time you use the machine. Knock it clean and keep it clean. Finally, good gas. Fresh, clean, non-gunky.

Take it by the numbers, and everything else will “figure” out. Ha!